How to make a male plant female: Cannabis Growing Experiment Approximately 50% of cannabis seeds develop as male plants which can bum out any small-batch grower because females contain all the horsepower.

While there is no way to change the sex of a cannabis plant because of predetermined genetics, there are some sneaky growing techniques that can be used to persuade the plant to develop both male and female traits.

These techniques involve using chemicals like ethylene to elicit a hormonal response which triggers the male plant to produce more female hormones.

The technique is similar to how cannabis growers change the chemical structure of a female plant to transform into a hermaphrodite to produce high-quality seeds of a specific bloodline.

Hermaphroditism of male plants can lead to an increase in female hormones which can trigger the male plant to develop female flowers that can be smoked.

Hermaphroditism (also known as “herming”) is an essential characteristic for cannabis plant survival. However, it is seen as an undesired trait when growing marijuana for recreational or medical consumption because a true female plant has the most therapeutic potency.

While these Frankenstein flowers have low levels of THC, they can still offer a higher THC concentration than genetically male determined plants.

Furthermore, changing a male plant into a female is pretty much unheard of because there is no real practical application for it, unlike female-to-male conversion that is commonly used to create bloodline seeds.

So, after some research, I thought it would be a fun and interesting growth experiment if I can make a male plant develop female traits.

Here is my experiment finding.

How to make a male plant female 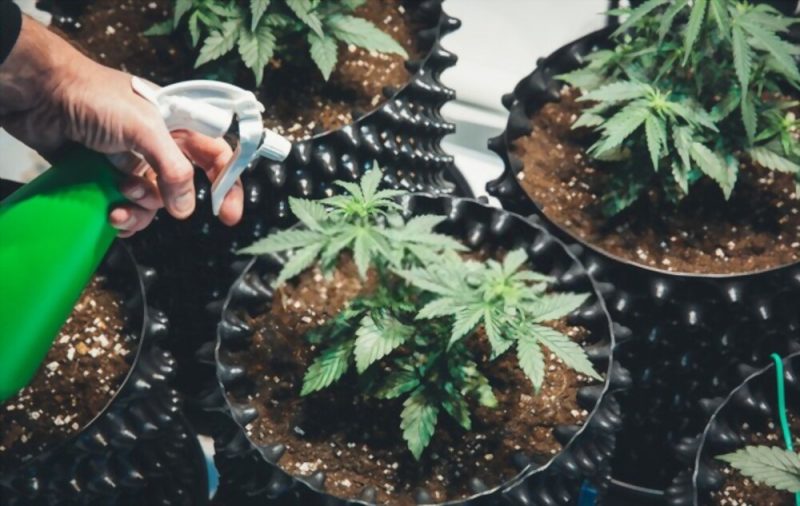 For this experiment, I took four genetically true male plants I got from clippings from my previous growth cycle.

After switching my previous growth cycle over to the flowering stage I discovered that all the plants were in fact males.

This news bummed me out a bit at first because it meant that the plants can only be used for nutritional purposes.

However, I soon come to realize that it is actually a great opportunity to make a small experiment to find out if there is any value in turning a male Cannabis Plant into a hermaphrodite to produce flowers?

To convert the male plants into a Hermaphrodite, I prayed one application of Ethephon with a different dose for each plant.

My research found no clear amount of Ethephon needed to do the male to female conversions, so Im using different doses for each of the 4 plants to uncover the ideal amount to spray on the plants.

The first plant I spray with a high dose concentration of about 5%. I found that this dose is extremely corrosive to the plant and makes it pretty much die straight away after application.

The second plant was prayed with a 3% Ethephon concentration, again the mixture turned out to be way too corrosive for the plant. Within 12 hours the plant deteriorated to a point where it was pretty much impossible for it to bounce back to health.

For the third attempt, I lower the concentration to approximately 2% and only sprayed it on one of the stems of the plant. Essentially, targeting only half of one plant.

The stem and leaves got notable damages from the 2% concentration, but for the first time, the plant started to recover and get healthy again.

This was a positive turning point in the Frankenstein experiment because it reveals how much Ethephon concentration the plant can manage before dying.

Finally, I decided to recuse the concentration by half and sprayed the last plant with 1%.

Right of the bat, the 1% concentration looked more like the ideal dose because the plants handled it like a trooper without any significant damage.

However, the plant showed some signs of slight corrosion but quickly recovered to look healthy again.

At this stage of the experiment, the plant with the 2% spray concentration has suffered significant damage but is slowly recovering.

It is now time to switch to a 12-hour daylight cycle to trick the plant into its flowering stage.

While the 2% plant looked like it had seen better days, it was hanging to life fiercely.

After the experiment ran its course it seems that the Ethephon did the trick. Both plants started to produce flowers, but only in the locations where the plant got sprayed with the solution.

While this experiment produces great results, there are still many variables to test to get better results.

It is not clear if applying more spray applications in lower doses will totally suppress pollen sac growth, but it would be definitely worth exploring.

What Are Hermaphrodite Cannabis Plants? 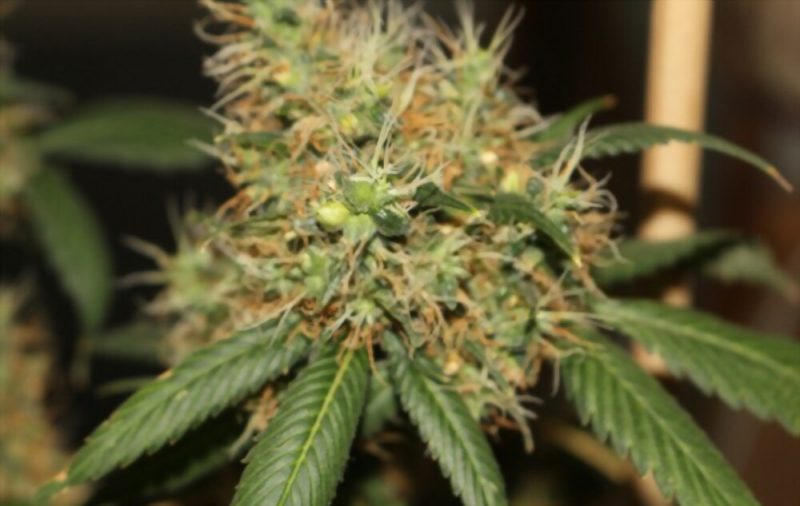 Generally, cannabis plants are either male or female. While males grow pollen sacs that look like little balls, the female produces flowers that are rich in THC and CBD.

There is not a lot of use for male plants in the medical and recreational industry because it has weak therapeutic benefits compared to the female plant.

However, the male still contains a high nutritional value in its raw form which is becoming very popular amongst cannabis health enthusiasts.

Are wonder what happens when you eat raw cannabis?

Yes, some people actually think they are goats and eat raw cannabis leaves.

To be fair, raw cannabis is extremely good for humans, that is if you can stomach the not-so-pleasant taste.

While consuming raw male plant matter has great health benefits for humans, the end game of growing cannabis is typically to raise females to harvest the THC and CBD rich flowers.

However, that are many factors that can prevent a good flower harvest.

For instance, having male plants in the same growing space as females will result in the females being pollinated and producing seeds between the flowers.

While this is great when you want to produce seeds from a particular plant, it is mostly unwanted amongst growers because the plant produces a lot less THC and CBD.

What factors can trigger Hermaphroditism

Hermaphrodite plants develop both male and female parts and can occur because of either genetic precondition or environmental stressors.

Hermaphroditism is an evolutionary survival response, which is why plants that are not genetically prepositioned to be hermaphrodites can still be a trigger to be.

Essentially, hermaphroditism can be triggered by anything that might cause the plant to think that it’s is fighting for survival.

Furthermore, unpollinated females that are subjected to a prolonged flowering cycle might trigger the plant to start growing pollen sacs to try and pollinate itself to secure future generations.

Another effective environmental stressor is the use of chemicals like colloidal silver and Ethephon.

Once the chemical is applied to the plant, it forces them to grow a flower or pollen sacs.

This procedure is typically on purpose because any seeds made from pollen that came from a female plant results in a feminized seed.

Pollen made from a female plant lacks the male chromosomes which allow you to eliminate males plants from your grow gene pool.

That said, it is still possible that female feminized seeds could turn out to be hermaphrodites.

Since it is impossible to entirely eliminate the hermaphrodite genes, is always good practice to keep an eye out for signs of the mutation.

Are cannabis leaves edible? – What happens when eating the raw plant

Growing Cannabis: How to identify a female seeds for better yields